According to the World Health Organization, there are more than 35 million people worldwide who are affected by dementia. That number doesn’t even include the caregivers and family members who struggle with the challenges of the disorder by directly interacting with loved ones who have been diagnosed with it. Alarmingly, the dementia rate is expected to more than triple by 2050.

The one possible bright side to the equation is that because dementia is becoming increasingly common, there have been perpetual efforts to improve treatments for people who suffer from it. In one instance, researchers at the Lakeside Medical Unit at the Johns Hopkins Bayview Medical Center are involved in efforts to see if behavioral-based therapies may be effective for dementia patients, and could allow them to reduce dependence on pharmaceutical interventions.

The symptoms of dementia vary because there are several forms of the disorder. However, some of the most common issues faced by sufferers include memory loss, disorientation, and agitation. The last of those, in particular, can be extremely troubling because it interferes with quality of life, faces caregivers with further obstacles and can be especially problematic in group settings. If one person with dementia becomes agitated, the issue can spread to others in the environment, and even result in extended periods of hospitalization. Scientists in the Johns Hopkins study are aiming to reduce agitation, also known as a neuropsychiatric symptom, in dementia patients, but without the use of drugs.

Team Members from a Variety of Backgrounds

The specialists working on the study have the benefit of various types of expertise. Some come from the fields of occupational therapy, while others focus on geriatric nursing. The common thread between all of them is a desire to reduce reliance on drugs to ease dementia-specific agitation. The argument is, although drugs are available to offer relief from symptoms, some are only moderately effective. Also, giving a pill to a dementia sufferer may not offer any peace of mind for a stressed out caregiver, particularly if that individual is worried about possible side effects, or is plagued by the perception using a drug as an “easy way out” in solving the problems caused by persistent symptoms.

Experimenting with a Tailored Activity Program 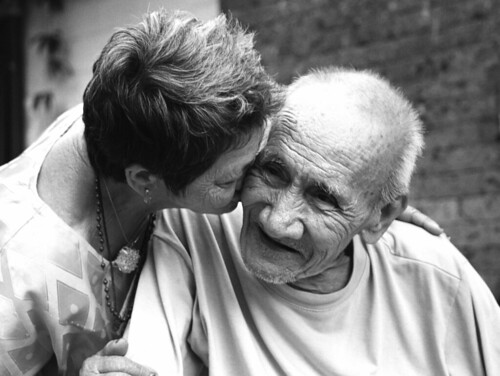 The behavior-based methods used by the research team are collectively referred to under the umbrella term Tailored Activity Program, or T.A.P, for short. The researchers are certainly not the first to try such methods, but the strength in their approach may lie in a carefully-built protocol that was created over the course of a year. The scientists hope since their methods will be standardized, any results seen could be more substantial. Theoretically, that could make them easier to identify and mean that moving forward, more people become aware of the idea that drug interventions may not be the only effective options in treating agitation exhibited by dementia patients.

This study is built on the idea that when patients are offered opportunities to participate in enjoyable activities that are matched to specific interests, they’ll remain meaningfully engaged, and in turn, be less prone to agitation. Although the study is still ongoing and it’s too early to reach conclusions, it certainly makes sense that any technique that reduces one of dementia’s most debilitating symptoms without drugs is certainly a positive step in how the disorder is handled in the future.

Brett Harris is a healthcare blogger and a RN. If you are interested in a career in the health field research the Top Online Doctor of Nursing Practice Programs.